Vagrant Up: The rise of The Kubra Commander 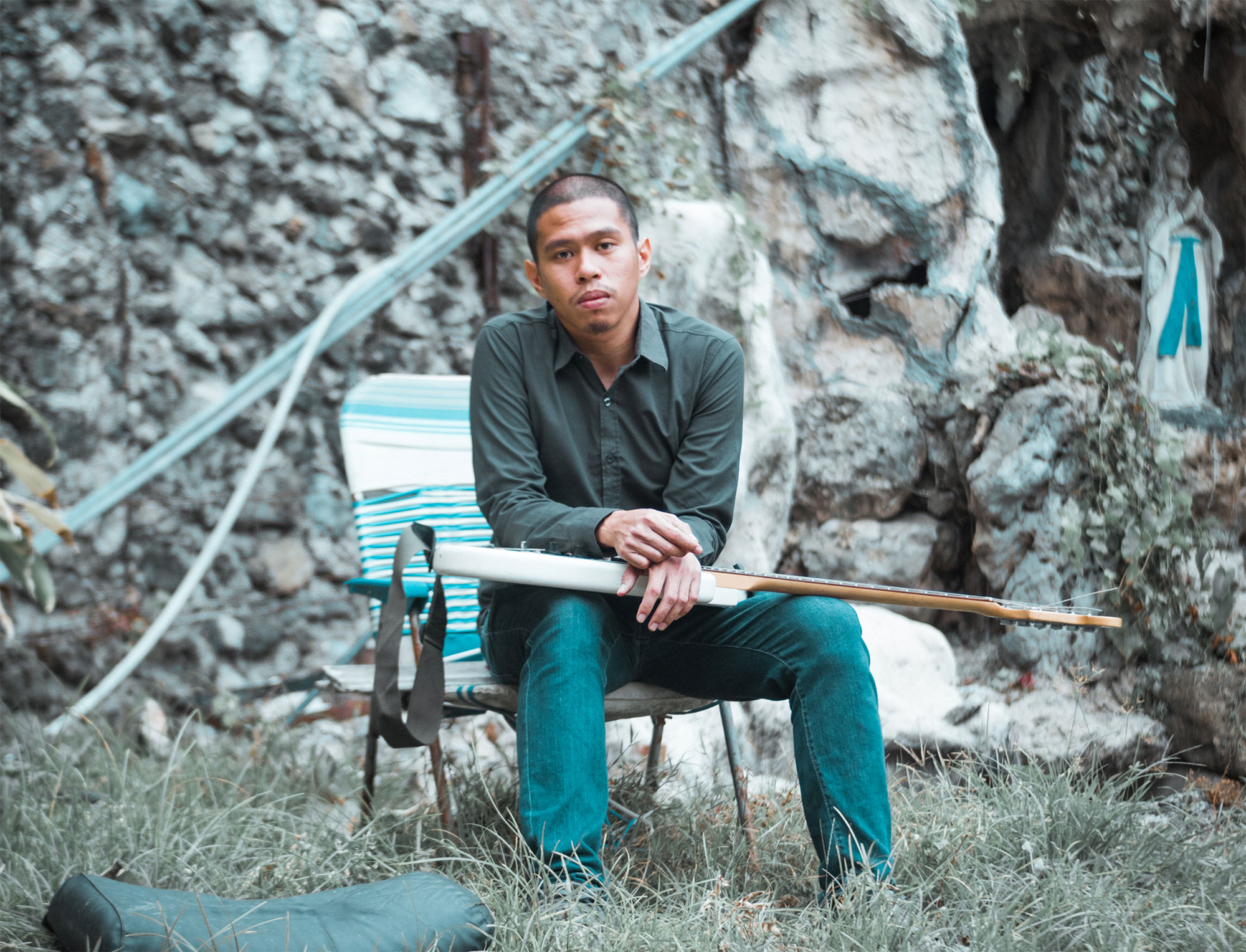 WHETHER he’s scaling on his guitar or splitting keys on his synthesizer under the dim lights of a resto bar in the Cebuano music scene, J Martino Olvido radiates an undeniable musical zest.

Upbeat and eclectic, this musician isn’t just a multi-instrumentalist; he’s a multi-band juggler too. Olvido’s just got so much creative energy to share — one band isn’t enough to contain his passion for music.

To start the list off, Olvido is the vocalist and guitarist of alternative/ indie rock band Sunday Sunday. He’s also the guitarist and synth player of the progressive rock band Foc Fashion. In the post punk revivalist band The Spirals, he focuses on the synth. He does the same for the electronic ambient indie synth pop band, Kids Acting Cool.

It doesn’t stop there. The indie pop/ folk rock band Snubear also has Olvido working on vocals, guitars and synths. He also plays guitars in the funk rock and punk band Soda Can Genie. Meanwhile, Red Twin Motel, an indie rock and indie pop band, also has him working on guitars and vocals.

Now, after years of collaborating with other musicians over guitars, synths, and beer, Olvido’s decided to strike out on his own, forming the solo act, Kubra Commander.

“Dugay na ko ganahan makasulay ug solo na project. It started out with Space Walk, but it eventually became a band which is Kids Acting Cool. So I never got to do a full blown solo thing. So I guess this is the one project for me, Kubra Commander,” Olvido explains.

While he admits that working together with a band has its own kind of special synergy, the musician felt that he was being limited creatively because of the compromise required in collaborating with others.

“I wanted to try something new,” Olvido elaborated. “I have ideas for songs which I wouldn’t be able to execute in a band setting because I needed to compromise with bandmates creatively. And with this project (Kubra Commander) I felt that I was able to grow as a musician/artist in a different way. Not to say that collaborating is a bad thing, I just wanted to try something kinda different.”

Now, after two years of hard work, Kubra Commander finally has its very own album, one that was released just yesterday, September 1, at Draft Punk: Brewers and Skewers.

“I wrote a lot of the songs during idle time at work, gathering my thoughts and scribbling on a notebook and arranging the songs as well, it helped that I had an acoustic guitar right beside me,” Olvido said by way of explanation.

“Some songs I would write on the day of recording, I tried different approaches as well. Influences for the album, would include, Radiohead, RHCP, The Smiths, Wild Nothing, Balue. Indie-rock, indie-pop, dream pop stuff.”

Olvido’s creative process? Music first, and then comes the lyrics.

Those who know Olvido personally know that he’s an extremely talented musical creative. Somehow, melodies just come naturally to him. Whether he’s at work, or in the jeepney, the melodies come and he tries to record them and turn them into songs.

But of course, above his natural talent, Olvido’s strongest trait is his seemingly undying passion for music.

“I used to believe in trying to have a legacy as a musician and hopefully being remembered for it. I realized that it doesn’t really matter, for me life is too fleeting to try to think about that,” Olvido admits. “I just need to enjoy what I’m doing and if people like it it’s cool, I’d be very thankful for that, that would be a huge bonus, if not it’s alright as long I get to enjoy and do what I love. I want to make more music, and I want to improve as well, I want to put in more work into making songs. I’ve learned a lot making Kubra Commander’s album.”

For those curious about the name, Olvido named his pet project Kubra Commander for two reasons. One he loves the G.I. Joe character Cobra Commander and two, he also works as music label Bomba Press’s very own gig organizer.

“Aside from the G.I. Joe reference, you guys know that I usually organize Bomba Press’s gigs. Nya ako man maoy mokubra sa budget. I usually do that. I get the budget, I am the one who gets the money and gives it to the bands. Or give it to myself,” the musician laughs. “I usually have a percentage for the work I do.”

Olvido’s always been a staunch supporter of the local music scene, and he’s given so many gigs to a lot of young promising bands. Though he admits that music doesn’t really pay much knowing that the part of the music scene that he operates in is pretty niche, he believes in the potential of “the little bands that could.”

Though the scene isn’t as prominent as it once was with venues closing and opening all over the island, the people who make up the Cebuano music scene are still pretty much around, and acts like Kubra Commander help keep it alive.

“It’s a great time to be a part of the scene and I’m thankful for it, there are so many productions and so many bands/artists making music and releasing stuff,” Olvido commented. “I’d say it’s very healthy from a creative standpoint.”

After years of making music, the man behind Kubra Commander has only one advice to give aspiring musicians in the scene.